Telerobotics (TR) is a word that you’ve heard of previously, but it might not provide the same understanding in your brain. The problem isn’t with your brain, it is because the term is frequently misused in mainstream media and by non-technical professionals. While “telerobotics” and “telepresence” are often employed interchangeably (they are closely related concepts) there are some differences worthy of explanation. In this first article, we are going to clear up some of the misconceptions and get a look at what, exactly, these two things really are before we wade into the ways in which these will affect the security/surveillance markets. Telerobotics is often misunderstood with the idea that the concept of Telepresence (TP). Both have a role to play in shaping the way security systems in the future act. What’s the distinction between telepresence and telerobotics? Telepresence gives you the feeling as if you’re in a remote place even though you are not actually located in a remote area. At present, it’s about pumping the highest resolution audio and video to the remote user in order to recreate the surroundings in which the sensing/recording equipment are located. This kind of system will focus on improving what the camera and microphone can detect and the utilization of bandwidth. Examples of popular consumer tools include Skype, FaceTime and Google Hangouts. These are all basically telepresence applications that are accessible from your mobile phone or computer. In addition to the emphasis on live interaction it is the present state of the surveillance industry. The video and audio feeds are as real time as possible and an individual can theoretically monitor those feeds from anyplace. This means that in the near future, applications of security for remote presence could focus more on access control , or real-time interactions with areas that are sensitive or dangerous to humans who are the hosts. Telerobotics takes the idea from Telepresence one step further. If you consider TP to be a remote set of eyes and ears, TR comprises eyes as well as ears, hands and feet. It lets you not just see/hear the location and interact via two-way audio, but to interact physically with objects located in the remote location and to move the TR equipment around the remote space. This could revolutionize the way security and surveillance is conducted. Telerobotics systems could be set up to unlock doors, physically interact with other people, or trigger an alarm for fire if the situation requires it. It can also be used to welcome guests into the building or to perform an array of tasks that normally require a human being to be in a specific location. There is no need to be locked in to the locations of a set of cameras, and being unsure of what’s going on just outside the frame. With TR, the user can navigate the hardware anyplace in the facility and get precisely the view required on any given location, without the need for a bank of cameras. The physical restrictions of these systems would be the same as most remote technology. Bandwidth between the TR controller and setup, the requirement to maintain the remote hardware/software and considerations tied to getting the TR setup back into operation in the event of a significant problem while remote are all aspects that affect anyone who uses TR to secure their home. 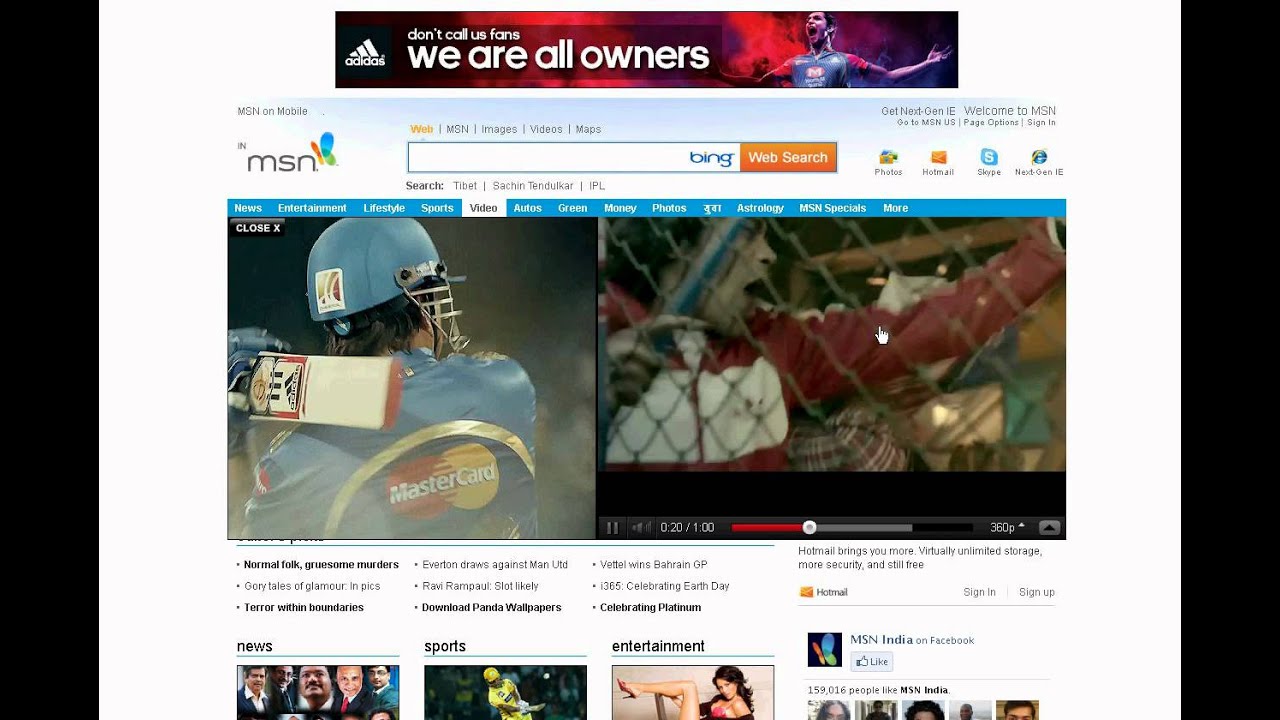 According to a new study, it appears that the demand for these robots is growing rapidly and will have a huge impact on collaboration and communication in the enterprise, education, healthcare as well as consumer markets. But what exactly are they and what do they do? Telerobotics refers to the field of robotics that concerns the control of semi-autonomous robots from an extended distance, usually by using a wireless network or connected tethers. It permits users to not just video conference and move around during their chat. According to the Full Report of Tractica an intelligence firm that is focused on the interaction between humans and technology, starting from a base of 4,200 units in 2015 the annual telepresence robot production will grow to 31,600 by 2020. This will be followed by cumulative shipments for the 5-year projection period reaching close to 92,000. Where do they want to go? What is the next stage in video conferencing? “The telepresence robot is the next stage of evolution beyond stationary video conferencing,” says the chief analyst Wendell Chun. “These new systems take advantage of the existing telecommunications infrastructure as well as recent advances in robotics technology. The core enabling technologies for these robots are already widespread in the market, with costs on a steady downward trajectory, and no significant barriers exist to broader levels of adoption in the years to come.” However, a review by James Vincent for the verge.com using a telepresence robot to give his presence in the US office from his UK home, suggests there was a lack of trust in the idea. He described his telepresence robot as “an iPad on a Segway because, well, that’s basically what it is. There is a pair of squat wheels at the bottom and a telescoping pole that extends from three feet to five feet tall.” He concluded that he could have simply been using Skype, “This is one of the problems with telepresence: it’s been around for years, but it’s still not clear why anyone needs to use it.”

The Tractica report points to applications that go beyond video conferencing. In healthcare early adopters include hospitals where patients can have access to leading medical specialists all over the world. The technology also allows medical professionals who are not on site to move around as well as communicate and take part in activities from remote places. Teachers who aren’t in the classroom or students who cannot move and cannot be in the classroom, they are now able to be in the classroom , without having to be present. For executives who are unable to be in several places at the same time, they can currently be at the factory to inspect the equipment or attend an important conference without traveling on an airplane. A variety of cutting-edge robotics products were displayed on this year’s Consumer Electronics Show (CES) earlier this year in Las Vegas. CES 2011 , brought over 140,000 professionals in the industry that were able to experience the latest technology products from the 2,700 companies who exhibited at the show. Among the most popular highlights of this year’s event were the new telepresence robot’s created by VGo Allbots, VGo and iRobot. VGo provides you with an avatar that has the ability to move easily in a remote location but not actually being there. The experience is typically described as being “your own avatar in a remote location.” VGo’s telepresence robot lets you go beyond the boundaries of traditional video conferencing, and actually become there in a physical sense! It is reported to cost roughly $6,000, it could be the most affordable option on the market, although customers also have to purchase an additional yearly service contract of $1,200. To receive supplementary details on Telepresence Robot please visit this website. Silicon Valley start-up company Anybots, have just released their QB robot that can be telepresence-enabled, with a webcam that displays the face of the controller. This means that you have a virtual presence even though you’re thousands of thousands of miles away. It is the QB robot, targeted at business people, was available for sale at the start of February of this year at 15,000 dollars. The QB is hailed as the first high-end Telepresence robot that allows executives to work remotely with an easy interface. iRobot is best known for being the manufacturer of the Roomba and Scooba lines of cleaning robots, has made a prototype that utilizes sensors that are like those found on Microsoft’s Kinect, for seemless navigation. It moves using wheels and is controlled with an iPad mounted on its adjustable head. AVA, which stands in the form of “avatar,” has two PrimeSense sensors, as well as microphones, speakers laser rangefinders and bump sensors for obstacles which are ideal for the robot’s primary function which is video and telepresence. While still in the development phase one thing industry experts are most excited about is the fact it iRobot AVA has an apps platform, which allows developers to integrate new features into the interface. iRobot caution that the device is very much in the early stages of development and there’s no announcement regarding a launch date or price just yet. Therefore, the world of video communications and telepresence is developing at an incredible speed. It is no longer necessary for CEOs to make surprise visits to certain of their locations that aren’t performing. They can see, interact and know the happenings in their workplace without having to leave the office! This all sounds too promising to be true. However, it’s too early for us to tell if telepresence robots can change the way we communicate , and whether these companies can really create a market for the robotic telepresence. Whether you’re a skeptic or not they’re here, and the presence of VGo or Anybots, as well as iRobot in CES 2011 is a sign of the start of the next generation of telepresence solutions that will allow our robots to can virtually transport users across the globe!

All over the world businesses trying to cut down on cost of travel as well as their carbon footprints are looking at new methods of communication and collaboration. A highly efficient solutions offered in the modern working environment is Telepresence it is a method of communication that represents the next big step for video system for conferencing. Video conferencing, which is the combination of real time audio and video to talk across distances has been around since the beginning of time but until recent times, it could not offer the most effective solution to corporate needs. This changed because of the development of more efficient methods of network communications, which has led to access to high-speed internet unlocking dramatically higher levels of bandwidth. This increase in bandwidth, coupled with the increased sophistication and accessibility to high-quality recording equipment as well as processors, is to thank for the invention of the top quality video collaboration technology, namely Telepresence. Taking its name from the Greek prefix for “distant”, this type of system provides high-definition and stereophonic sound with an incredible level of quality, encouraging and aiding remote collaboration. Aside from a high speed communication link, Telepresence setups are dependent upon the use of high-definition TV systems (HDTV). Screens and cameras are positioned within a Telepresence “boardroom” in order that people located across from one another are able look at each other directly. This creates the illusion that they are in the same room the other participants, even though they are solely connected by the Telepresence system. In short, it eliminates the difficulties of videoconferencing technology in which the arrangement of screens and cameras can lead to participants who have drastically different eye lines from one another, disrupting any impression of immersion collaboration. The screens are linked together into open wide screen that simulates the other side of the boardroom desk which is further enhanced by an expansive audio system with speakers set up so that they appear to emanate from the individual at the remote site. This is different from set-ups where sound comes from fixed positions such as the centre of the table or an overhead speaker. Because the technology makes use of various well-placed modular setups, telepresence systems require a specific boardroom. The cost of keeping an area for virtual collaboration is usually offset by the savings in transportation costs as well as the reduction of time needed to travel face-to face. Due to the increasing pressure on companies to make reductions to their environmental footprints – especially in the shape of financial incentives Telepresence is now a desirable opportunity for many companies large and small.

Blogging – How do You Monetize Your Blog?

anxious approximately Cash? The EASIEST pretentiousness to create $50 Dollars an Hour From home